See for yourself
Pictures speak a thousand words, so for a very good look at a modern Colony cage environment system in operation in New Zealand, as well as Free-range and Conventional Cage systems, have a look at the footage above filmed in 2014 by the investigative journalism programme, Campbell Live.

The Colony Cage Environment System has been in the news lately but many New Zealanders are still unfamiliar with it. Colony (or the Enriched Colony Enclosure production system to give it its full name) is the Government-approved replacement for conventional cages which, under the provisions of the Layer Hens Code of Welfare 2012 are being phased out completely by 31 December 2022.

This is an initiative that places New Zealand in the forefront of egg industry innovation worldwide: the European Union (EU) is the only other entity to have banned conventional cages or to have such a change in prospect.

In keeping with its commitment to world-leading animal welfare standards and freedom of choice for consumers, the New Zealand Egg Industry is successfully meeting a series of phase-out milestones for conventional cages and fourteen percent of hens are already in Colonies, well ahead of the required time frame.

The colony cage environment is an enclosure housing system that retains the benefits of the cage system by keeping control of hygiene and productivity, while offering enhanced welfare. Each Colony enclosure, which caters for between 20-60 birds, includes a nest area, perches and a scratch pad. These amenities allow birds to express the prime natural behaviours of a layer hen, i.e. nesting, perching and scratching.

In this regard, it is worth noting that NAWAC (the National Animal Welfare Advisory Committee), which drew up the 2012 Layer Hens Code of Welfare, considers Colonies to be a superior environment for chickens. NAWAC is an independent panel of Government-appointed animal welfare experts including representatives from the RNZSPCA, and the NZ Veterinary Association.

In its report accompanying the release of the 2012 Layer Hens Code of Welfare, NAWAC members stated that Colonies “provide equivalent or superior overall welfare when compared with [Free-range and Barn].”

In NAWAC’s view, a credible welfare environment for layer hens is also one that is economically viable – an important consideration for the New Zealand egg industry as well as consumers. One of the reasons why Colony was chosen as the way forward for egg production in New Zealand is because it offers the economies of scale of conventional cage production along with enhanced welfare. It also takes into account the fact that the New Zealand industry does not have enough capacity to supply exclusively non-cage eggs. (Last year, Free-range and Barn egg layer hens made up 19% of the national flock.)

For consumers, the issue is also about access to a range of egg choices that are appropriate for a range of budgets. Moving to an industry that is based solely on say, Free-range eggs, which are more costly to produce and more than double the price of conventional cage eggs, is not practical from a price-point perspective. It would also make Free-range eggs an unsustainable economic option for many New Zealand families, as a several New Zealand budget advisory services have noted recently in the media.

The three-system model that New Zealand is moving towards, with Colony, Free-range and Barn production systems, is the best solution for:

– protecting the good health and reputation that the New Zealand egg industry has locally, and internationally through a growing export trade

– delivering a system that delivers food security as an essential part of New Zealand’s food supply.

The following diagrams compare the four current methods of farming eggs in New Zealand, including their typical retail price-points:

Conventional cage — Can no longer be used after 31 December 2022 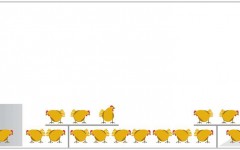 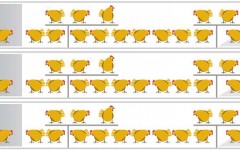 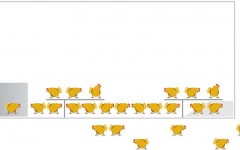